Day 6-8 Isle of Man, world of Vikings and Speed of Tourist Trophy

After only 3 hours of sleep on the ferry from Heysham we arrived on the Isle of Man at 7am. We found a town campsite in Peel and stayed 3 nights and rode unloaded so Transalp could relax as well. The Peel is situated on the west coast. First day we visited the town centre and Peel Castle. Peel is home to traditional Manx Kipper curers. You can smell burnt oak wood and smoked fish in the air. We also visited free automobile museum (P50, smallest car manufactured just few yards away), House of Manannan (tells a story of Vikings and Celts, first Kings and Lords on the Island until nowadays). For dinner we prepared smoked kippers on butter with a bread and local smoked cheddar.

Second day we rode along the south and east coast, through Niarbyl (view over the Irish sea to watch seals, basking sharks and dolphins), Port Erin (we climbed on the hill to Millner Tower, Brada Head) then we moved to Castletown (visited English Heritage site of Castle Rushen). Spent late lunch in capital, Douglas, visited Manx museum, saw Refugee Tower from the harbor. From Douglas we started our Mountain Racecourse which is raced each year in unlimited speed on motorbikes from all over the World during Tourist Trophy. We came to Isle of Man out of racing week so the roads were quiet, therefore we could make most of it! The TT races are reminded only by black & white road markings and red & white crush barriers. The evening we spent in Peel, climbing on the hill and watching seagulls and seals waiting for a dinner close to fish boat.

Third day we spent all in Laxey village in a museum of Laxey Water Wheel which was used in 19th century for pumping out the water from mines. In the afternoon we bought tickets and climbed on the highest point of Isle of Man in electric train Snaefell mountain.

The last night was also short as we had to set alarm at 4:45am to pack and be on time in the ferry harbor to Liverpool. Ferry voyage with Steam Packet Company took only 2:45 on Manannan catamaran, which is only one of its type floating on Irish sea. 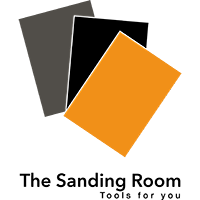